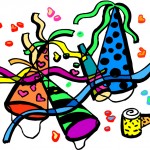 It isn’t always worth it, but mostly it is. Under the Worker’s Compensation Statute, when you are injured on the job, you are entitled to your pay (minus 15%), you are entitled to have your medical bills paid, and you are entitled to compensation for any permanent injury. You are not entitled to any pain and suffering. Under the third party claim, you are entitled to your full lost wages, medical bills, and pain and suffering. This includes those losses in the past, and those that you can show will be incurred in the future. Clearly there is overlap between worker’s compensation claim and the third party claim. Maryland has rules regarding double recovery, so as you may imagine, the employer/insurer will have a lien on your recovery as a matter of law. But much like the situation in which a private health insurer pays for benefits, it is still generally worth pursuing the claim. Just like with private health insurance, medical providers accepting worker’s compensation are paid at a fee schedule that is lower than their a la carte rate. That means that if you go to your doctor, unrelated to an on the job injury, she may charge you $200 for a visit, but under the worker’s compensation statute, that same visit may only be paid at $75. Under Maryland law, specifically the Collateral Source Rule, you are permitted to recover the full $200 from the at fault driver, even if only $75 is paid. The employer/insurer will pay the $75, you will pay nothing, but the employer/insurer will also have a $75 lien on your case. You are already ahead; however, you don’t have to pay the fully $75 back form the proceeds of your case. Under Maryland law, your lien is reduced proportional to the attorney’s fee. That means that if the attorney charges 1/3, then you will only have to repay $50 of that lien, with a net recovery of $150.

It is important to view the worker’s compensation claim and the third party claim as one big claim. Individually the claims may be smaller than a regular car accident case, but when combined, the total recovery and benefits to the client are generally greater.

By Berman | Sobin | Gross LLP | Posted on October 15, 2014 Tags: Laws and Regulations, Maryland Car Insurance, Maryland Workers' Compensation Claim – Is My Injury Covered?
« Pay My Bills! Or, Brother Can You Spare A Dime, For Just A Little While?
Are You Ready For ABLE? »