Close Menu
Maryland Workers' Compensation Attorneys > Blog > Auto Accidents > Pay My Bills! Or, Brother Can You Spare A Dime, For Just A Little While?

Pay My Bills! Or, Brother Can You Spare A Dime, For Just A Little While? 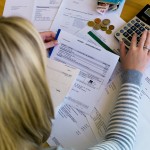 After you have been injured in a car crash, someone has to pay your bills. That someone is generally YOU. It doesn’t matter whether you were at fault or if someone else caused your injuries, the legal responsibility to pay those bills is yours. So what do you do?

Under Maryland law, if a private health insurer provides payment for medical services, then it is entitled to recover money from your settlement or judgment. This is called a lien. It is a property right that is created by law for the benefit of the insurer. It is not a debt, meaning, you don’t have to pay it back unless you recover money for your injuries. But, this amount must be paid before you receive anything in your pocket.

The statutory health insurance lien is not as bad as it sounds in that also under Maryland law, you are entitled to a maximum one third reduction of the lien.But watch out, this does not apply to federal liens including ERISA based health plans, GEHA, Medicare, and other similar plans. But generally, you are much better using your health insurance than not.

Here is an example: Assume you are injured in a car crash and have $2,500 in PIP coverage plus private health insurance. You treat with a medical provider that is in-network and receive $15,000 in medical care. The first $2,500 will be paid by PIP, leaving you with a balance of $12,500. That remaining balance should be billed to your private health insurer. Of that $12,500, the insurer may only pay $7,000; the remaining balance is written off under the terms of the health insurance contract. You may have already paid a few dollars in co-pays or maybe you used your PIP for that; but for the sake of this article, we will assume the co-pays are negligible. The balance after the $7,000 is written off because you treated in-network. The private health insurer, having paid $7,000, will have a lien on your case for $7,000. There is nothing you can do to avoid this. However, you won’t pay the insurer back the full $7,000; you are entitled to a 1/3 reduction, and will only pay back the insurer $4,666.67. Under Maryland’s Collateral Source Rule, when the time comes to settle your case, you will be able to collect the full $15,000 from the at-fault driver’s insurer, but you will only have to pay back $4,666.67, with a net gain of $10,333.33. If you did not have private health insurance, after PIP paid you would have to reimburse the doctor the full $12,500. This makes a big difference.

By Berman | Sobin | Gross LLP | Posted on September 11, 2014 Tags: Laws and Regulations, Maryland Car Insurance, Medical
« Transfers To Minors: Where Do I Start? What Should I Consider?
Welcome To The Party: Third Party Cases »