The Insurance Adjuster vs. The Officer: Who Will Win? 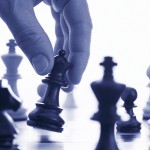 I often have clients ask, if the police report says the other driver is at fault, then why won’t the other driver’s insurer pay my claim? The police report (also known as a Vehicle Accident Report) has nothing to do with whether a judge or jury will find a driver at fault, and therefore has no real bearing on your case. What happens is that there is a collision, someone calls the police, and the police respond. In most counties in Maryland, the officer will not file a report unless someone claims an injury at the scene or if one of the vehicles is disabled.

The officer who responds to the collision is not a witness, and so she does not record her personal account of what occurred, but instead, what other people have told her happened. It is often a compilation of multiple people’s observations, and worse yet, opinions.

Just because the police officer writes in the report that Driver 1 was exceeding the posted speed limit, or that Driver 2 was traveling in lane 1 lane, does not mean that that is what happened. Sometimes one driver is taken to the hospital, and the report is based on one person’s account; sometimes there is a witness, and the officer only records what that witness says. The insurance adjustor for the at-fault driver does not have to rely on the vehicle accident report, and even though it says that the other driver is at fault, the insurer does not have to pay. Remember, the insurer is not in the business of paying claims, it is in the business of avoiding paying claims.

The police do their best, and 99/100 times, they do an excellent job in obtaining information and recording it in the report; but, since the information is often second hand, it is not admissible in court.

The police report is most helpful when it records the officer’s own observances. For instance, it may state, “The driver of vehicle 1 stated that . . . ” or that the officer arrived on the scene and “vehicle 1 came to a rest at . . . .” In that case, the officer is a witness, not to what happened, but to the driver’s admission or what she saw at the scene. The insurer will likely give significant weight to such a report because the officer has recorded her own observances. If the at-fault driver admits fault to the officer and the officer records it in the report, there is virtually no way for the at-fault driver to escape responsibility. If the insurer does not accept fault, then the officer’s testimony in court will be enough to win the case.

The police report is a helpful tool, but you must know how to use and what its limitations are.