Don’t Get Run Over 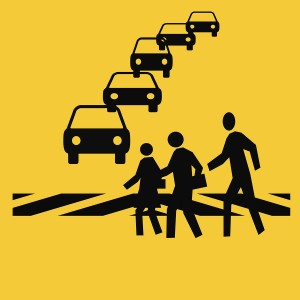 One of the worst types of collisions is the pedestrian strike. There is no real positive outcome when a 2,000 lb. vehicle strikes or runs over a person. Generally, the law in Maryland is that pedestrians have the right-of-way in a crosswalk, after that, each case has to be reviewed individually. A few years ago, the law was that anyone who crossed the street outside the crosswalk was at fault as a matter of law, until proven otherwise. That meant that a pedestrian struck outside the crosswalk started the case off with the presumption that he or she caused or contributed to her injury and could not win her case until she proved that the collision wasn’t her fault. This was a difficult uphill battle. Although that is no longer the law, the idea that the pedestrian contributed to the injury still prevails among many Maryland citizens and jurists. The shifted burden is difficult but not impossible to overcome.

These are very hard cases, but not impossible. Before pursuing such a case, a client must know that there are no guarantees and that the odds of winning and losing are about equal.

By Berman | Sobin | Gross LLP | Posted on June 29, 2013 Tags: Auto Accidents, Laws and Regulations, Maryland Car Insurance
« You Will Not Be Happy With The Total Loss Value Of Your Car
The Insurance Adjuster vs. The Officer: Who Will Win? »