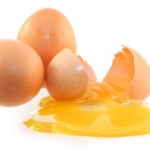 I tried a case not too long ago in Baltimore County. My client was the driver of a car that was rear ended and, as a result, was pushed into the rear of the car in front of him. He was injured and made a claim against the rear driver’s insurance, which was denied. I then filed a lawsuit to recover his medical bills, lost wages, insurance deductible, and pain and suffering.

When there are three cars involved in a motor vehicle collision, usually one of two things happens:

The question from the police, insurance adjustors, and attorneys is always the same: Did the Front car’s driver feel one hit or two? Generally, the front driver is a reliable witness. She shouldn’t have any bias because she collects no matter what, either from R or both R and M. The total amount of her recovery does not change, only who pays.

In my case in Baltimore County, it was a little different. The reason the front car was stopped was because it had already rear ended another vehicle about 5 minutes before, and was stopped as a result. My client was the middle car, and stopped behind the front car, when he was rear-ended and pushed into the front car. The result was one hit. The rear driver claimed that he was not solely at fault because he said my client hit the front car first, and therefore my client cannot collect from the rear vehicle, because my client would have caused or contributed to the collision. In Maryland, you cannot win a lawsuit for damages if you caused or even contributed to your own injury.

To win at trial, I had to show that my client was telling the truth, and that both the front driver and the rear driver were “incorrect.” For the rear driver, I was able to show that he could not see the front car’s rear bumper and that he did not see my client strike the rear of the front vehicle. He admitted on cross examination that his belief that my client struck the rear of the vehicle in front was a conclusion, and not something he personally witnessed. Done, his testimony was neutralized.

Next, I had to show that the front driver , who is usually considered the most reliable witness, was not telling the truth. There are several ways to do that. One is to show that the witness is not credible, another is to show that the witness was biased. On cross examination of the witness, I elicited testimony that she had her own personal injury claim, and that it benefited her to overemphasize the severity of the collision involving my client. I was able to show that she had to prove later, to win her own claim, that she could not have been injured when she rear ended the vehicle in front of her a few minutes earlier. I was showed that she benefited from claiming two impact because that would mean that she would be more likely to suffer an injury from the collision involving my client, as opposed to when she rear ended the car in front of her. If her injuries were from the collision where she was at fault, she could not prevail in her lawsuit she planned later, but if they were from being hit two times and not from the prior collision, then she had a viable claim.

We won on the issue of liability, and were granted a significant award for damages.

By Berman | Sobin | Gross LLP | Posted on July 15, 2013 Tags: Benefits, Laws and Regulations, Maryland Car Insurance
« The Insurance Adjuster vs. The Officer: Who Will Win?
Workers’ Compensation Benefits In Bankruptcy »