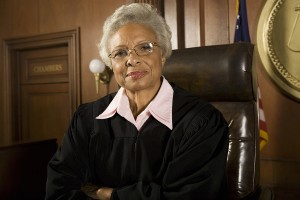 Commissioners must devote their full time efforts to their job. Therefore, they may not:

Commissioners are paid the same amount as a District Court Judge except for the Chairman who receives an additional $1500.00

There are a total of nine Commissioners. Each Commissioner must be a licensed attorney. There is no requirement that they must have practiced Workers’ Compensation law before their appointment although that is frequently the case. In fact, many outstanding Commissioners have had experience in other areas; including litigation, the legislative process and advisory or management capacities.

Generally, each Commissioner has scheduled before them approximately twenty cases a day, of which, ten to fifteen are heard in a hearing. Since many of their decisions involve tens of thousands of dollars, they have a significant impact on Maryland’s economy and the plight of injured workers.

By Berman | Sobin | Gross LLP | Posted on April 4, 2013 Tags: Maryland Workers Compensation Procedure
« The Effect Of Drug Addiction Or Alcoholism On A Claim For Social Security Disability
Death Of A Loved One: Practical And Legal Guidance »