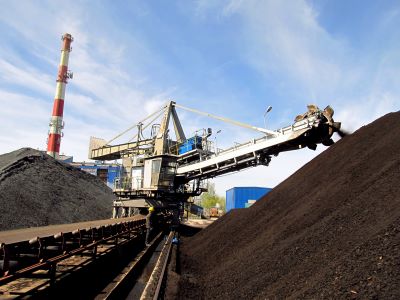 An explosion at CSX Coal Silo in southern Baltimore has left the area shaken, both literally and figuratively. The explosion is said to have occurred at the CSX Coal Plant Building, and people reported feeling the blast even miles away. A spokesperson for the company said that the explosion occurred during the transportation of coal. She said that it was on a conveyor belt that had a significant build-up of coal dust, which led to the explosion. Thankfully there were no contractors or employees in the building at the time of the explosion, and miraculously, no injuries have been reported as of this time. The spokesperson emphasized that there was no impact to the community, but local residents were not quick to agree. They talked about the shockwave that went through the city and being scared to look out of their window. At least one former contractor of the company also implied that the company should have been monitoring the situation better to keep a situation like this from happening. It is not clear whether there will be any further investigation into this incident, as no injuries have been reported it will likely be handled internally.

What to do if You’re Injured at Work

Maryland’s economy is made up of some of the most dangerous industries in the world. If you have been injured on the job at a Baltimore or the greater Maryland area, at a coal mine, on a construction site, or in a warehouse, you are likely entitled to benefits for your injury. What your legal options are depends largely on whether you are an employee or contractor of the company. If you are an employee, you will be entitled to receive workers’ compensation benefits, but you will likely not have the right to sue. You should immediately report your injury to your supervisor. If you are a contractor, you are not entitled to workers’ compensation benefits, but you do have the right to sue in the event that your employer was negligent and that negligence caused your injury. For instance, if you were injured due to a forklift malfunction and your company had not properly maintained the fork lift, you likely have a case for negligence against your employer. In either scenario, talking to a lawyer will prove helpful. Even if you are an employee, a lawyer can help you navigate the workers’ compensation process and negotiate your settlement. If your claim is denied initially, we can also help you appeal it and make sure that your claim is fairly assessed and considered.

If you are struggling to get the support or benefits that you are entitled to, contact the experienced Maryland personal injury attorneys at Berman, Sobin, Gross, LLP. Our attorneys are ready to advocate for your interests, and fight for the best possible outcome in your case. If there is a viable path to court, we will find it. Contact Berman, Sobin, Gross, LLP today to schedule your consultation.

By Berman | Sobin | Gross LLP | Posted on January 28, 2022
« What Should I Do If I’m In A Car Accident While Working?
Can I Work A Second Job While Receiving Workers’ Compensation Benefits In Maryland? »