Increase In Workers’ Compensation Claims For PTSD Among Baltimore Educators 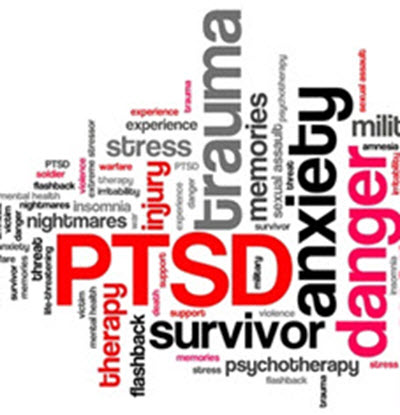 Baltimore City educators have started speaking out about the serious long-term consequences violent classroom situations are having on their mental health. One Baltimore teacher stated, “I’ve seen and witnessed or experienced people being bitten, punched, kicked, knocked down, dragged, slapped, stomped on, body-slammed, pushed in the glass, tackled, hit with chairs.” Another Baltimore teacher who taught in the school district for twenty-five years said that he experienced so much violence in his classroom over his career that he was ultimately diagnosed with Post Traumatic Stress Disorder (PTSD) and is now retired and on disability as a result. The former teacher reports that the symptoms are far reaching and affect many aspects of his everyday life, noting that his trauma became seriously compounded due to the lack of awareness of the issue as well as a lack of support in pursuing treatment. He notes that he struggles to trust even people close to him, panics easily, and flinches when he hears certain sounds, as a result of the prolonged classroom trauma.

A Lack of Support for Teachers

Multiple teachers have noted that they feared speaking up about the symptoms and difficulties they were experiencing due to a culture that discourages filing claims and in which retaliation for transparency about mental health is often punished. Teachers reported seeing others who had sought assistance be ridiculed, told they “couldn’t handle the job,” or even fired as a result. Additionally, psychological support services for teachers are not easily accessible or available. They noted that while disability retirement can be an option for some teachers who cannot continue teaching, it can take months to effectively file for it, during which time the teacher is required to keep working in the same environment that is harming them.

Another part of the problem is reportedly that teachers are not properly trained to cope with, manage, handle, or intervene in violent classroom scenarios. Teachers believe that having adequate training in how to keep violent situations from escalating, and feeling competent in their ability to manage such situations, would lessen the detrimental impact on their mental health. However, no resources, instruction, or support is currently available.

More Teachers Are Speaking Out

As teachers continue to lack support from their schools, district, and union, some have started turning to the media. As more and more teachers are speaking out about the detrimental impact that violent classroom situations have on their mental health, and the serious mental health conditions they are developing as a result, their union is still refusing to comment, acknowledge the issue, or offer any kind of support. Teachers are finding power in speaking out about the conditions they have felt the need to hide, and are beginning to file claims for treatment and medical support through workers’ compensation.

If you are suffering from PTSD or another serious medical or mental health condition as a result of your workplace, the Maryland workers’ compensation attorneys at Berman | Sobin | Gross LLP can help you assert your rights, level the playing field, and ensure that you get the treatment, compensation, and support that you deserve. Call today to schedule a free consultation.

By Berman | Sobin | Gross LLP | Posted on August 25, 2021
« A Guide To The Maryland Jury Selection Process For Civil Trials
Does Maryland Workers’ Compensation Cover Accidents That Happen On The Way To Work? »