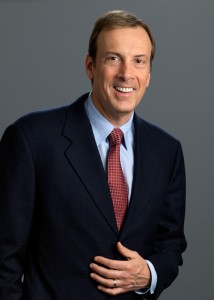 It is nice to be able to toot the horn of somebody you respect greatly. It is even nicer when that person is your partner. Yesterday, the Court of Appeals unanimously found in favor of a Maryland fire fighter injured in a car accident while on the way to his station to check the mail.

Ken Berman briefed and argued the case in front of seven Judges. I will get to the facts in a minute, but first I want to highlight Ken’s dogged determination. The injury occurred on October 28, 2010. Then:

But, Ken remained resolved. I remember well our discussions at that point. He felt strongly that his client had been wrongly denied. So, once again, with pen to paper (or in this case keyboard to screen) he wrote what is called a petition for certiorari. That is a request to the Court of Appeals to consider a further appeal. They do not have to do it. They only accept a limited number of cases every year. But, in this instance they agreed to hear Mr. Roberts’ appeal. Ken wrote convincingly that the issue was one of importance to fire fighters and employees in general in the State of Maryland.

Today, the Court of Appeals found in Ken’s client’s favor.

Mr. Roberts was, and still is, a fire fighter in Montgomery County, but the circumstances of this case are applicable to any fire fighter working in any jurisdiction in Maryland. For that matter, the Court opinion benefits any employee in Maryland. Now, let’s run through the facts:

The Court of Appeals found Ken’s argument so persuasive that all of the judges signed onto the opinion.

Why is the Roberts victory important? Because it locks in an evolving concept of law that looks at the reason an employee is where they are when they are injured. It is especially important to employees injured, and on light duty. Frequently, they have to work their light duty assignments in locations different from their normal reporting station, but they have to keep up with what is happening on the regular duty job as well. If they do not, they may run afoul of new rules, not become aware of new procedures, and in general lose contact with what they used to do making transition back from light duty all the more difficult.

When I asked ken how he felt about the victory and to what he attributed it to, he answered:

“It was a group effort of the entire firm – from writing the brief, developing the strategy, and preparing me to argue by peppering me with difficult questions – they all made me better. It is a testament to our team approach. As for Mr. Roberts, I felt strongly he had been wronged. I can’t stand when one of my clients gets less than he or she deserves. It is deeply satisfying to me when I can change a wrong.”

Mr. Roberts when he first heard the news, responded, “I appreciate it. You’ve been there every day for me since day one.”

Today’s result reflects a great job by Ken, and a great day for fire fighters. You can read the opinion at http://www.mdcourts.gov/opinions/coa/2014/39a13.pdf.

By Berman | Sobin | Gross LLP | Posted on January 28, 2014 Tags: Attorney Ken Berman, Injured Fire Fighters, Workers Compensation for Firefighters
« You Must Replace Your Car Seat After A Moderate Or Severe Collision
The End Of The 12 Year Maryland Estate Tax Experiment »