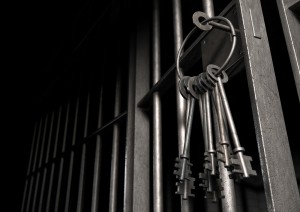 Being a correctional officer is one of the most dangerous and stressful jobs in the world. Think about what these women and men do every day. They walk through prison gates; the doors are locked BEHIND them, and are asked to protect us from the most dangerous criminals in Maryland. They are not carrying firearms and are wearing very little protection. Correctional officers know the risk and despite that, show up every day for work and protect the public. In turn, the State of Maryland does not provide them with as many workers’ compensation protections as they could.Correctional officers are on the front lines of public safety in Maryland. They stand side by side with police and fire to provide safety to the public. Yet the law does not afford them the same protections as police and fire. In Maryland, and throughout the country, the law recognizes that police officers and firefighters have a higher risk of developing hypertension and heart disease. This is a direct result of the high stress nature of being a police officer and firefighter. The law presumes that if a police officer or firefighter develops hypertension, it’s presumed to have been caused by the stress of their job. This is backed up by research. The presumption itself is vital because the workers’ compensation insurance company has the burden to prove that the hypertension was caused by something other than the stress of the job. In other workers’ compensation cases, the burden is on the injured worker to prove the injuries were caused by the accident or the in the case of an occupation disease, the disease was caused by the nature of the employment.

By Berman | Sobin | Gross LLP | Posted on September 29, 2015 Tags: Maryland Workers Compensation Procedure, Medical, Occupational Diseases
« You Always Hurt The One You Love, So Make Sure They Are Covered By Your Insurance
Advice For The Apprehensive Injured Worker »