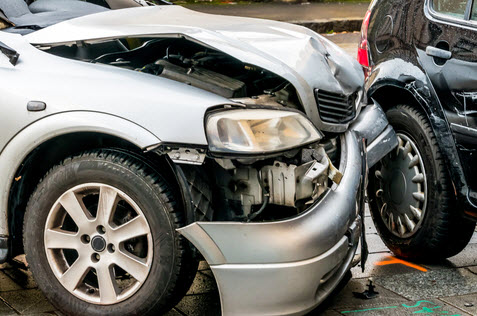 Despite decreased travel nationwide due to the pandemic, roadway fatalities caused by vehicle collisions have dramatically increased. It is believed that speeding is the primary contributing factor to the heightened death toll. Less cars on the road creates an opportunity for speeding and drag racing that many motorists have been taking advantage of. Police have stated that drivers too often take an open lane as an “invitation for reckless driving.” A decrease in pedestrian and bicyclist deaths in the D.C. and Gaithersburg, MD area reflects a shift in roadway dynamics, as highways are now the most dangerous place to be.

The trend of increasing deadly car accidents in D.C. and surrounding areas is mirrored nationwide. Since the beginning of the pandemic there have been 38,370 people killed in car accidents nationwide, which is a whopping 7% increase from the same period in 2019, according to the National Safety Council.

Due to stay-at-home mandates and increased remote working opportunities, there has been a significant decrease in traffic. The average amount of miles driven nationwide has decreased by 15%, but the rate of fatalities per mile driven has skyrocketed by 24% over the past calendar year.

Causes for the Increased Risk

While speeding has been identified as the primary cause, experts also believe that distracted driving and driving under the influence of illegal substances are also responsible for the increase. As unemployment, housing insecurity, and financial instability have continued to increase nationwide, so have the abuse of substances and stress-related conditions which can contribute to distracted and intoxicated driving.

In Northern Virginia, speed was identified as the cause in half of their 79 traffic-related deaths in 2020, representing a 40% increase in speed-induced collisions from the previous year. This has left Virginia officials panicked and struggling to find ways to mitigate the increasing risk of harm to drivers. Virginia state police say that the most troubling increases in speed and fatalities can be seen on suburban D.C. highways, such as the beltway. Under normal circumstances, heavy traffic would prevent speeding, but now there is nothing to slow drivers down.

According to the statistics, while there were increases in driving-related fatalities across D.C. and surrounding areas, over 40% of all fatalities occurred in Prince George’s County. The data reflects that 99 individuals died in Prince George’s County in 2020 as a result of distracted, intoxicated, or reckless driving. Washington D.C. itself logged its highest number of traffic-related fatalities since 2008 with 37 traffic deaths. Notably, 12 of the victims were pedestrians, bicyclists, or motorcyclists, which the city has been focusing on protecting with numerous roadway measures in recent years.

If you or a loved one has been injured or even killed in a car accident that was not your fault, the experienced Maryland personal injury attorneys at Berman | Sobin | Gross LLP are here to help. Schedule your free consultation today, and learn how we can help you pursue and receive the compensation that you deserve.

By Berman | Sobin | Gross LLP | Posted on March 31, 2021
« Has Your Covid-19 Workers’ Compensation Claim Been Denied?
Are You a Corrections Officer Who Has Been Injured on the Job? »