Close Menu
Maryland Workers' Compensation Attorneys > Blog > Personal Injury > What are PFAS and Could they be Killing Maryland Fire Fighters?

What are PFAS and Could they be Killing Maryland Fire Fighters? 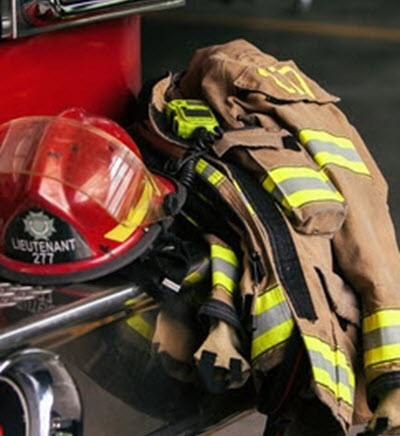 Polyfluoroalkyl substances, or “PFAS,” are man-made, non-biodegradable chemicals often used in fire fighting gear and uniforms to make them water resistant. They are the same chemicals found in the spray-foam that firefighters often use to put out fires. However, research is now showing that PFAS do not stay in the gear, but rather seep out into the air, skin, and muscle tissue of the firefighters wearing them. It is now believed that chronic exposure to PFAS is linked to a variety of serious health issues, including cancer. This is particularly relevant, as cancer is now the leading cause of death among firefighters; accounting for 75% of all firefighter deaths in 2019.

Why am I only just hearing about this?

Fire fighters say that for years, they have suspected their gear could be making them sick, and that they have reached out to the manufacturers of their equipment for information. However, major manufacturers such as 3M, Chemours, E.I. du Pont de Nemours and others, all denied any toxicity or danger. Now, fire fighters are suing these manufacturers, claiming that they have knowingly been selling toxic gear for decades without disclosing the risks.

How can I limit my exposure to PFAS if I am a fire fighter?

If you are a fire fighter, it is impossible to avoid exposure to PFAS completely, as it is a component of the same gear intended to save your life. There is no evidence to suggest that cleaning the gear will reduce exposure. In fact, the evidence clearly reflects that the only way to reduce exposure is to reduce the time spent wearing the gear. For this reason, it is advisable to limit any time spent wearing your gear to when it is absolutely necessary. Although it is already the policy of the International Association of Firefighters to only wear gear for active fires and emergency calls, some firefighters say it is common to keep gear on in between calls.

Many states have now passed statutes banning the use of PFAS, and President Biden has stated that he intends to designate PFAS as a hazardous substance, which would require manufacturers to disclose warnings and adhere to guidelines to ensure that the public is protected.

What can I do if I am a firefighter who has been harmed by PFAS?

If you are a firefighter and believe you are suffering serious illness due to prolonged exposure to PFAS in your equipment, it’s important to contact an experienced Maryland personal injury lawyer. Your lawyer will be able to review the specifics of your case, and determine the best course of action to seek fair and equitable retribution for your suffering.