Watch Out For Deadly Red-Light Runners 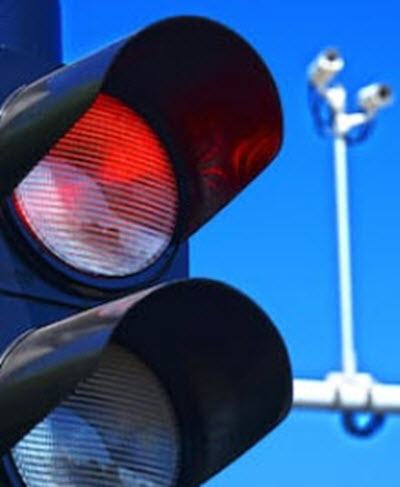 Red-light running has been increasing steadily in Maryland and throughout the United States despite a rise in the number of red-light cameras. In fact, despite more efforts to control traffic and improve traffic safety, fatalities caused by the running of red lights have recently hit a decade-long high. Speeding increased dramatically over the pandemic, largely due to less traffic on roadways. With it, red-light running also increased. This has resulted in more deaths, injuries, and collisions, as well. Approximately 850 people are killed nationally due to red-light runners each year–a number which continually increases. More than half of those killed were pedestrians, cyclists, or other drivers, hit by the red-light runner. The fact that this illegal action has such tragic consequences for innocent drivers and bystanders is a strong impetus for municipalities to address the problem. However, so far, most methods have proved ineffective.

Ultimately, it is every driver’s responsibility to adhere to all posted speed limits and traffic laws. Every time someone drives they have a duty of care to all other drivers on the road. They breach this duty when they violate traffic laws by driving recklessly, speeding, or running a red light. These actions put other drivers at risk and allow them to hold the at-fault driver accountable for any harm that occurs. However, understanding that this problem is prevalent allows you to take some precautions to mitigate the potential risk. For instance, it’s important to remain alert when driving and pay attention to the cars driving around you. If they seem to be speeding or driving erratically you should create as much of a buffer between you and them as possible, leaving them plenty of space. It’s also helpful to leave plenty of space between you and the car ahead of you whenever approaching an intersection, particularly if there is a yellow or red light. As a general rule, you should ensure that there is enough space for you to come to a complete stop between you and the car ahead of you. This is especially critical because red-light cameras have increased the risk of rear-end accidents. This is because speeding cars that suddenly see the red-light camera are likely to slam on their breaks. Gradually coming to a stop as soon as a light becomes yellow is also a good idea. Finally, whenever you are stopped at an intersection, pause and ensure that the intersection is clear and no vehicles appear to be rapidly approaching it (if visibility allows) before proceeding.

It is illegal to run red lights and doing so is evidence of negligence that can be presented to an insurance company or used as evidence in court. If you have been injured due to a collision with someone who ran a red light, you can make a claim against their insurance for any resulting harm. This includes compensation for all necessary medical care (past and future), lost time from work, lost earning potential, and your pain and suffering.

If you have been injured in a car accident due to someone else’s negligence, the experienced Maryland personal injury attorneys at Berman | Sobin | Gross LLP are ready to help you get the compensation that you deserve and recover for your losses. Call today to schedule a free consultation.