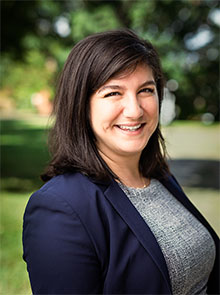 Sonya began her legal career early on as an intern for the Baltimore City Circuit Court – she knew at an early age she wanted to be an attorney. While at the University of Baltimore School of Law, Sonya served as a Student Attorney for the Community Development Clinic, helping client build their businesses in the city. After graduating in 2017, Sonya served as a law clerk in the Narcotics Unit for the Office of the State’s Attorney for Baltimore City. She then became a prosecutor and served victims in a variety of cases from drugs, guns, and serious traffic – including DUIs. Prior to joining Berman | Sobin | Gross LLP, Sonya worked as an associate attorney for the United States Board of Veteran Appeals, reviewing and writing decisions on pending Veterans appeals. Sonya focuses her practice in representing injured workers at the Workers’ Compensation Commission and the Circuits Courts throughout Maryland.

Sonya is local to Baltimore County. During her free time, she enjoys relaxing at home with her husband, son, and 2 dogs. She also enjoys traveling, crafting, and is a big foodie.