This is an urgent message regarding the weed killer, Roundup. 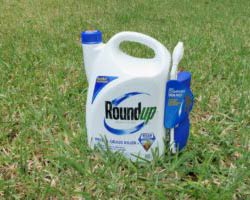 Since its introduction to the market in 1974, Roundup has been a popular herbicide which has been utilized for both commercial and residential weed control.

For years, Roundup has marketed their product as “environmentally friendly” and “biodegradable.” Despite these assurances from Roundup, a March 2015 report by International Agency for Research on Cancer has determined that exposure to Roundup can cause cancer because it contains glyphosate, which has been declared a “probable human carcinogen”. Specifically, the IARC reported that workers exposed to glyphosate were at an increased rate of developing Non-Hodgkin’s Lymphoma, a cancer affecting the lymphatic system. Additionally, glyphosate has been declared a “known human carcinogen” by the California Environmental Protection Agency.

A lawsuit has been brought against Roundup which includes the following allegations against the manufacturer of Roundup, Monsanto:

Berman | Sobin | Gross LLP serves individuals who have been exposed to Roundup—either in a commercial or residential setting—and have been diagnosed with Non-Hodgkin’s Lymphoma. If you or a loved one fall into this category, call our office at 1-800-827-2667 ext. 380 (direct 301-355-6680) or email us at roundup@bsgfdlaw.com. We will contact you with several follow up questions to determine if you qualify for inclusion into the ongoing litigation.

In addition, we are investigating other diseases and illnesses which have also been possibly linked to the use of Roundup. These conditions include:

We are continuing to research the relationship between these conditions.